A WEBSITE DEDICATED TO THE MEMORY OF MICHELE LUNDE

This website is to help raise awareness for LMS (Leiomyosarcoma).

There are a number of ways to support those affected by Leiomyosarcoma (LMS). Whether helping the community as a whole or donating in honor of or in memory of a loved one, each donation helps sustain our mission to educate the community and fight to find a cure. 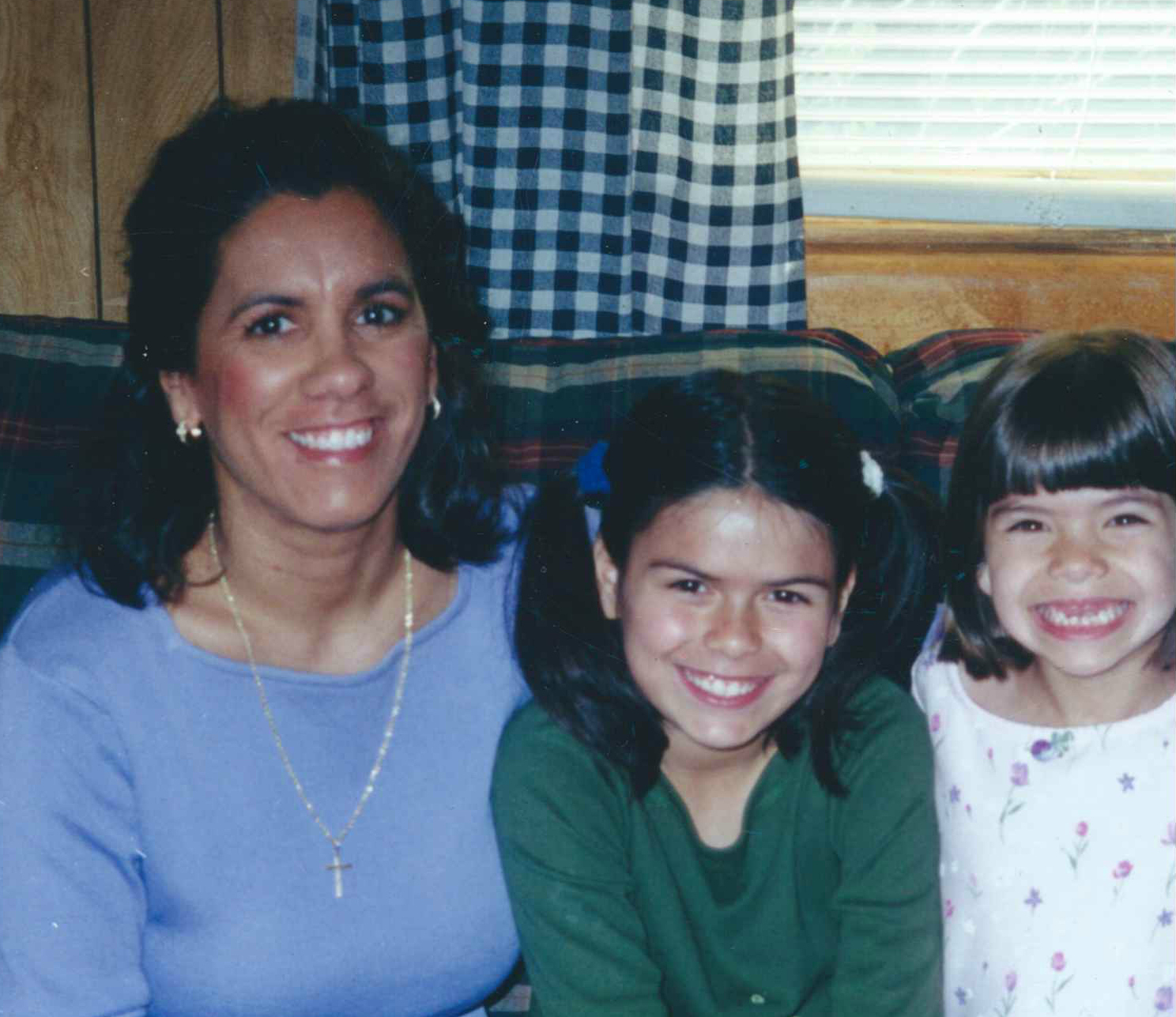 Michele Ledee Lunde was born in Brooklyn, New York on April 6 1963. She was raised by her parents Richard and Ruth Ledee on Long Island and was the oldest of 4 . She had a typical LI childhood and went onto receive her bachelors of science in nursing from SUNY Binghamton. After college she worked as a registered nurse at NYU Rusk Institute in NYC.

Michele was a bright, sensitive, quiet child. She had a tremendous amount of empathy, and at 16 volunteered to work in a nursing home. It was there she discovered the side of nursing she would later in life love the most ... listening to people.

It was at NYU she met her husband of 25 years Peter Lunde. Peter and Michele married on Sept 3 ,1989. Soon after getting married, Peter and Michele welcomed their first daughter Cassandra on Nov 14, 1990. When Cassandra was 6 months old, Michele and Peter decided to move to Virginia Beach , Virginia.

Michele worked as a registered nurse in a childrens hospital for many years and later moved on to teach a LPN course in a local high school after she received her masters in education. Four years after Cassandra was born they welcomed their second daughter Jacqueline on Jan 30, 1995. Michele and Peter raised their 2 daughters and loved the life they created in VA. She was most proud to be a mom.

Michele always had pets in her house. She loved poodles...has had guinea pigs, birds, fish and hamsters. She loved to bake and enjoyed Christmas time the most. She even had a holiday tree and kept it up all year round.
Michele loved to read. She read the New York Times everyday and in the last months of her life she enjoyed reading historical fiction.

In August 2011, Michele found a small lump in her neck that started off as a routine visit to her dermatologist. Several visits to all kinds of doctors and several blood tests , scans, MRIs etc...we found she had stage 4 LMS or Leiomyosarcoma. We found a sarcoma center at the University of VA in Charlottesburg VA that would be able to treat her. The oncologists there worked with the oncologists at Memorial Sloan Kettering in NYC. We came up with a treatment plan. Michele went through months of chemotherapy...no change in her diagnosis. She was given abdominal radiation which was a grueling experience. She even tried an experimental chemo pill but the side effects were too painful to live with. Throughout all of these treatments, Michele continued to work and take care of a house with her husband , 2 daughters, and 3 dogs.

There are two ways to donate

Donate By Credit Card or Paypal:

*Clicking the Donate PayPal button will take you right to the LMSdr PayPal Donation page. All transactions will go directly to the foundation. 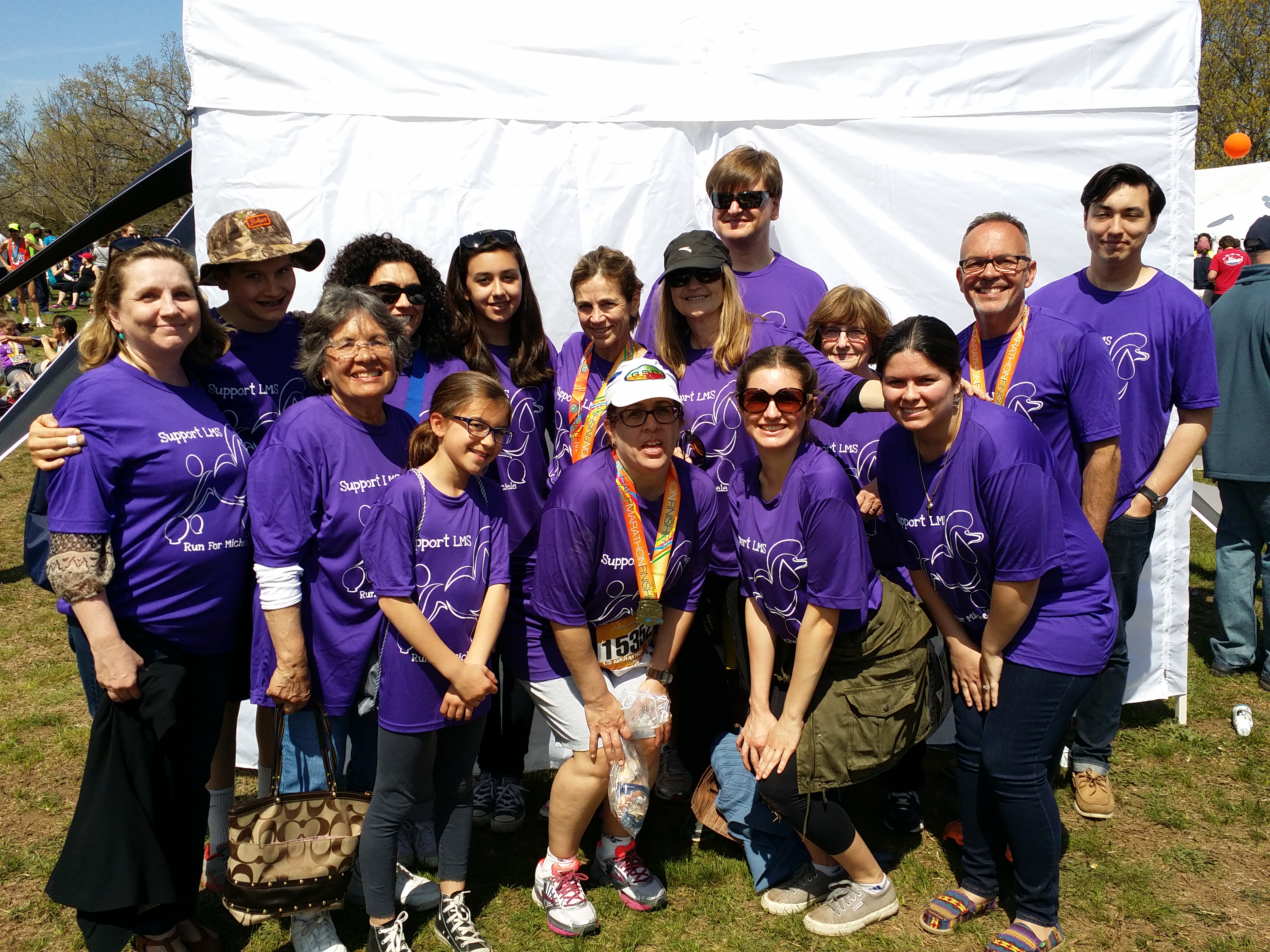 Support LMS research and run with us!